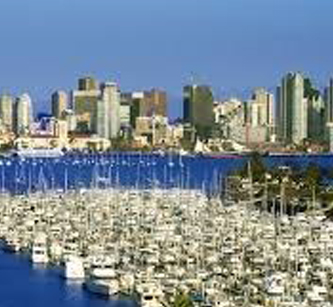 Beyond being home to Fortune 500 companies, San Diego is one of the nation’s leaders in the defense/military, biotech, tourism, and international trade industries. Despite the struggles with tourism during the pandemic, San Diego’s economy has been able to endure with the growth of operations in the military/defense sector. Key organizations include Qualcomm, Petco, Jack in the Box, Cymer, Sony, Sempra Energy, Sharp Healthcare and General Atomics (many of them among our clients). For HR executive search firms San Diego companies actively seek People/HR leaders who can help companies in a variety of industries quickly grow and attract top talent.

In addition, San Diego’s economy has begun to recover with the net migration produced by the transition to fully remote work. With this becoming the standard, we see more professionals moving to San Diego for the affordable neighborhoods, top-notch cuisine, beautiful beaches and popular attractions like Legoland and the world-famous San Diego Zoo.

The San Diego metropolitan area, which encompasses most notably La Jolla and Carlsbad, stretches from the southern border of Orange and Riverside counties through border control and into the outskirts of Tijuana, Mexico. A designated free trade zone, San Diego’s strategic geography has given rise to a robust international economy, with trade via Mexico and the sea, telecommunications, and software all seeing growth in recent years. San Diego and its beautiful beaches have now leapfrogged South San Francisco to become the second largest biotechnology and healthcare research hub in the United States, behind only Boston.