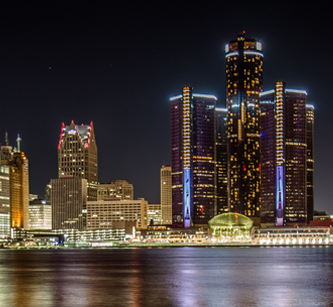 Detroit and nearby metro areas are slowly transforming into the next big U.S. tech hub as the hottest companies, including Google, Twitter, and Amazon move to this beautiful city and increase the number of tech jobs available. Other well-known companies in Detroit range from cutting-edge software development, automotive and marketing organizations, to providers of e-commerce platforms for luxury goods. Tech companies include StockX, Waymo, Detroit Labs, Cadillac, Compuware, Urban Science, MSX International, Rock Connections, Neon Software, Skillo, Verasoft, Vision IT, TechStak, Rivian, and WeWork, some of which we have helped elevate and grow their HR teams. Notable startups include Autobooks, Guardhat Technologies, Airspace Link, Quikly, AaDya Security, CatalystXL, and Navv Systems. The mix between stablished corporations and growing startups, make Detroit as focus point for executive search firms. Ford Motor Co. is the largest employer in Detroit, headquartered in Dearborn.

Detroit is the largest city in the state of Michigan and one with a whole lot of history. Known as the “Motor City”, Detroit was long recognized as the historic heart of the American automotive industry and it provided the model for mass production for other industries. Techno music was invented in Detroit, more than 70 feature films and more than 12 TV shows have been film in here and this city was absolutely essential in the winning of WWII.

According to Amazon, Detroit has the potential to be the next Silicon Valley. With tech jobs on the increase and ongoing investment in this market, we believe Detroit will continue on its path of growth and revitalization.